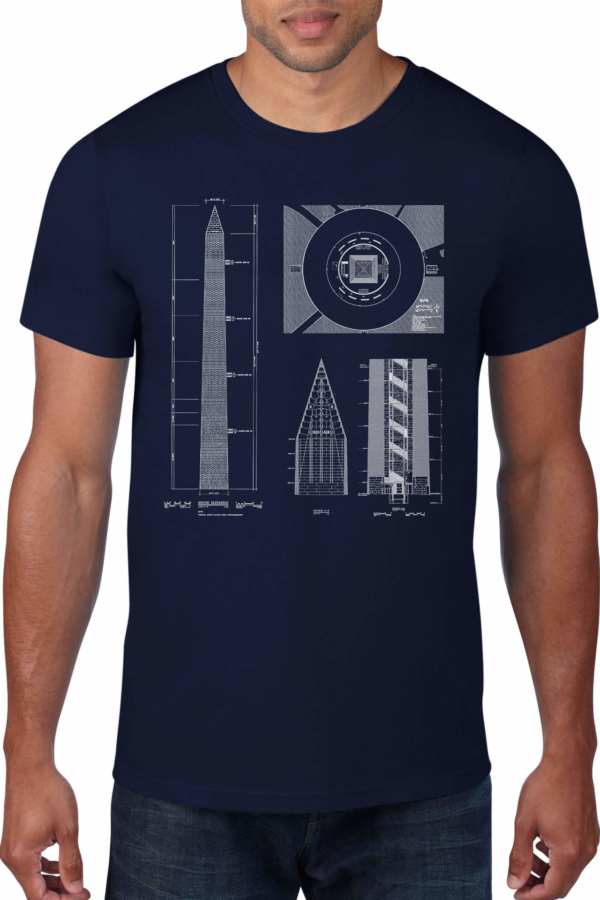 The Washington Monument was designed by Architect Robert Mills as a tribute to the United States’ first president. It was designed to take the shape of an obelisk, a stone pillar monolith that Ancient Egyptians originally placed at the entrance to their temples to symbolize their sun god Ra. Its use in an American Monument was meant to suggest the timelessness of the new republic. The building was completed in 1884, and was the tallest building in the world until it was supplanted, in 1889, by the Eiffel Tower. The Washington Monument stands in the National Mall, Washington D.C. in between the Capitol Building and the later constructed Lincoln Memorial.