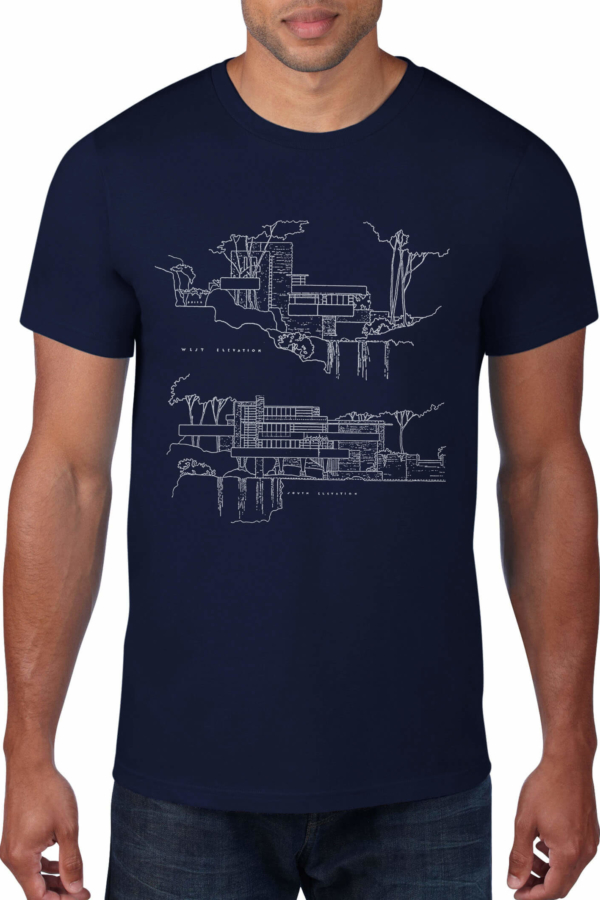 The Edgar J. Kaufmann house, more popularly known as Fallingwater, is perpaps Frank Lloyd Wright’s most famous design. A modernist building, it is a primary example of Organic Architecture, a term coined by Frank Lloyd Wright, in which the building exists in harmony in nature. This principal can be seen both in Wright’s earlier Prairie Style homes, as well as his later, Usonian homes. The building is in Mill Run, Pennsylvania, and is now owned by the Western Pennsylvania Conservancy. It is on the National Registry of Historic Places (NRHC) and was designated a National Historic Landmark in 1966.